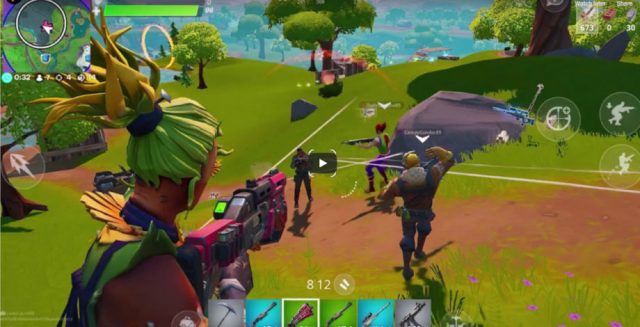 Fortnite can be labelled as the favourite game of all of the gamers all over the world but do you know that hackers are kind of making $25,000 a week because of the stolen character skins only. In a recent report which was published by the CEO at Night Lion Security, it was clearly stated that these hackers use the accounts of the gamers to undergo their attacks. The username and password combinations are used for breaching the data of the users. The reports also suggest that a lot of money has been made by hackers due to this bug. All of this information about the username and password is traded on the dark web.

According to a dark web audit, the dark web consists of 15 billion is stolen login data from more than 100000 breaches available. Hackers are said to sell these credentials data basis all the even give them free to other cybercriminals. The problem arises for the people who are using the same password and username across multiple accounts. If you are one of them then you need to quickly change your passwords. If one of your accounts is hacked then all of your accounts can be hacked if the password and the user names are the same. Also, if someone is using very simple variation for the passwords or regular pattern of numbers then you are at a high risk of getting hacked.

According to a report, hackers tend to predict your password. The users who have very predictable passwords, they are at high risk. The hacker understands the psychology of password creation among the Fortnite players. Once the hacker understood the psychology of the gamer then they tend to look for the Email ID. Although, it is not as easy as it seems. Epic games the parent company of Fornite have limited the numbers of login allowed as per the IP address to prevent such hacking. But the hackers have the capability of jumping these hurdles very quickly.

Chinese hackers might launch a massive cyberattack on Indian businesses

To predict the future of Cybersecurity, you need to think like a hacker: Report

Vineet - May 26, 2020 0
Cyber Security
We have seen that there are leaks and then there are some leaks which make you wonder about the sheer size of the data...

Chinese hackers might launch a massive cyberattack on Indian businesses